I took the Sony Xperia 1 from a colleague, who wanted me to review Sony Mobile's latest flagship. Since our account will be publishing a detailed review of the Sony Xperia 1 this week, I'll just say a few things that I'm personally interested in today:

Hand the SONY Xperia 1 has three in appearance attracted me: the first is slightly narrow fuselage re-established a relatively founder hale appearance, it is neither like SAN product completely go water lines, and not as complete as earlier models "upon", but in some place with a slightly curved, I like this kind of rigid-flexible economic line design; Secondly, the 21:9 screen on the front of the device is not only visually slim but also has a convergent forehead and chin, so although it is not called a "full screen", no one will care that it still has a chin. Third, the Sony Xperia 1 has a great grip in my hand thanks to its long, curved edges. The Sony Xperia 1 feels "proper" and "gentlemanly" in the sense that we chose a rare, pure white body that feels warm and polished like jade. 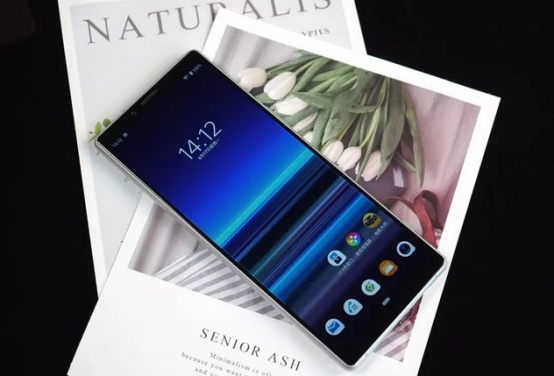 2. A split-screen application worth mentioning

The 21:9 screen is really long as a "ribbon fish". The 20:9 screen of the Vivo X27 Pro was already long enough, but first impressions of the Sony Xperia 1 and 10 are certainly impressive. However, because the screen is so long, there is something special about it in practical use: a typical 16:9 Internet video, for example, has black edges on both sides, whether it is straight or landscape. The screen width is only really used when a 21:9 video is played horizontally (like a blockbuster trailer). Yes, the super-wide picture looks great (and the stereo speakers look great), but you don't really get to use it very often.

So, intentionally or not, Sony seems to want us to use the "split screen" operation to maximize screen utilization. For example, it is very easy to use half of the screen to scan micro blog, and half of the screen to watch video or listen to music. Both Windows can also get enough display area. It's just that I wonder if anyone would actually do that often in practice? As someone who spends a lot of time checking out WeChat on a daily basis, I certainly hoped that the longer screens would bring more information to each screen, but that hope was dashed by the Sony Xperia 1's navigation bar, but more on that later;

3, worth saying the ribbon screen display

Sony's screen is also the best in the industry in terms of specs. Leaving aside the yet-to-be fully usable 120Hz, the true 4K (HDR) and "master mode" colors alone are attractive. I've said it's great to watch the 21:9 trailers, but what's even better is to use the album feature to view my own high-resolution photos: a sample of the Fujifilm GFX100 that I shot just a few weeks ago -- a real 100 million pixel image.

In fact, the Sony Xperia 1 is "visually pleasing" to view on the incredibly detailed screen, although it would take some time to load a 4xMB 100 million pixel photo. Even when compared to other models that are also good at screen performance, the Sony Xperia 1's 4K screen is memorable for its fine detail and color performance, which is very similar to my carefully tuned monitor. Of course, it's hard to put into words the experience without seeing the real thing and doing a live comparison, but trust me: The Sony Xperia 1's 4K display (currently only enabled when viewing high scores and playing 4K videos) is going to dazzle you if you ever get a chance to see it.

Yes, I've been displaying it in "master mode". Because I think the colors in "Standard" look a little cold, and the layering is really different from "Master" even though the images look brighter. Oddly enough, the Sony Xperia 1 is the one that appeals to me more than I do when I prefer bright colors. Come to think of it, this has something to do with the fact that the "Master Mode" display is more consistent with the colors I see on my regular monitor.