Home Technology Upgrading Android 5.0 to the Nexus 7 has a number of bugs

Since Android 5.0 began rolling out updates to various devices, many users have wanted to get the latest operating system on their devices. And Google was the first to give its son the Nexus 7 tablet a lollipop. But the Nexus 7 tablet has a lot of bugs that make users miserable. It seems that upgrading should be done with caution.

Google's announcement that the Nexus 7 II will continue to support Android 5.0 is a big surprise, though. Many Nexus 7 2 owners were excited to get their hands on the new Android 5.0, but immediately found a Bug that prevented them from playing videos on their player.

These bugs are minor compared to Google's other sibling, the Nexus 5. But the overall feel of Android 5.0 is very good, the interface style is greatly improved, let a lot of users are very like it. However, it is advisable to wait for the bug to be fixed before upgrading.

Google's direct product, Nexus7, is the second generation product launched in 2013 in cooperation with Asus. It features a narrow bezel design, an upgraded screen resolution of 1,920 ×1080, and a "no-frills" price of $199 to $249, which is a significant price advantage. In addition, as a Google affiliate, they get priority access to the pure system push, which means they get a more advanced functional experience.

The second generation Nexus7 will be built by Asus. In addition to the previously mentioned screen resolution upgrade to full HD 1080P, the processor is expected to be upgraded to Tegra4 processor. The body design will be thinner and thinner with a narrow bezel, and will have a wider vision. The overall upgrade is significant, but the price is expected to be the same as the first-generation Nexus7, giving it a good value for money. 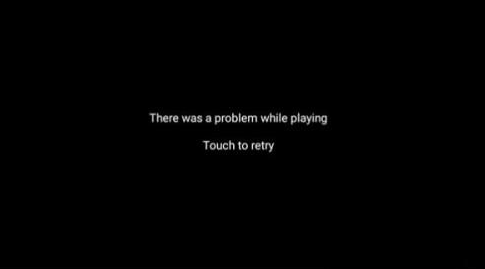 Android 5.0 Lollipop system, has a new Material Design Design style, the interface is more flat and a lot of improvements. The Material Design language, which provides up to 5000 software APIs, and the default ART compiler, will make the system run more smoothly and start up faster, twice as fast as the previous Dalvik, while being compatible with 64-bit processors. Therefore, brush the ROM of Android L should be able to improve the running efficiency of the phone. I believe most Android fans are based on this and want to experience the new system as soon as possible.

So far, the Google Nexus series and Google Play Edition devices will be the first to get a taste of Android 5.0. The Nokia N1 Tablet and the Google "baby" have all been updated, and other brands are in the pipeline.

Android 5.0 has been Root

Root is very attractive to Android users because it is very convenient for them to tamper with game logs (which is what most users do anyway). As soon as the Google Nexus 9 and Android 5.0 Lollipop source code was released, Chainfire from the XDA developer forum was the first to Root the Nexus 9.

Within 24 hours of the release of the Android 5.0 source code, ChainFireroot was released, and the great god is very efficient. But since the new system is running on a new tablet and is 64-bit, Chainfire says the Root process is a bit more complicated than he expected.

But this time the Root technology is not very mature, it is suggested that the majority of users to wait, or it is easy to crash. But for users familiar with ADB, the entire Root process takes about five minutes, and ChainFire provides three tools and files that you need to Root.

1. Open fastboot through developer option, unlock and execute it;

The above Root must be performing with ADB familiarity, and Chainfire says he is updating the auto-root tool he developed for system 5.0, but it will take some time. Due to the number of changes in Android 5.0 Lollipop and 64-bit support, the Chainfire process took several hours longer than expected. It's worth noting that Chainfire has previously stated that there are a number of security enhancements introduced in 5.0, notably forcing SELinux to be turned on, so Root is not perfect.