Home Technology What is the difference between Kirin 970 and 980

Comparative introduction of the difference between Kirin 980 and Kirin 970

What is the difference between Kirin 970 and 980

First of all, let's take a look at the six world firsts of Kirin 980, which sounds very bullish:

As the best domestic processor, Huawei has made great progress in chip field in recent years. Let's take a look at the changes in the core CPU parameters of Kirin 980 compared with Kirin 970 of the previous generation. The following is a detailed parameter comparison.

According to the comparison of core CPU specifications, Kirin 980 has been significantly upgraded in terms of manufacturing process, transistor number, CPU (main frequency/cache), GPU, baseband version, 5G network support, etc. It can be said that the comprehensive performance has been comprehensively upgraded. Let's make a specific comparison and analysis below.

Compared with Kirin 970, Kirin 980 has a great upgrade in CPU performance. At the same time, the four A76 cores also divide themselves into two high frequency and two lower frequency, so as to achieve a more balanced energy efficiency ratio without wasting performance and reducing power consumption.

On the surface, the number of cores and frequency of Kirin 980 have been reduced, but in fact it uses Mali-G76 with a new generation of more advanced architecture, and its performance is obviously stronger than G72. According to Huawei's official data, its image performance has been improved up to 46%.

The baseband version of the new generation Kirin 980 is LTE Cat.21/18, which is a higher level than Cat.18/13 of Kirin 970. The highest speed of Kirin 980 mobile network reaches 1.4Gbps, which is the fastest in the whole network at present. It supports 4x4 MIMO, three 20Hz carrier aggregation and 256-QAM.

In addition, as the 5G network will be put into commercial use obviously, Kirin 980 supports the plug-in Ba Long 5000 baseband to support the 5G network. The previous generation Kirin 970 does not support 5G network, even if the baseband is plugged in.

Kirin 980, like Kirin 970, supports LPDDR4X memory, but Kirin 980 supports the highest LPDDR4X 2133Mhz high-frequency memory with a bandwidth of 34.1GB/s, which is improved compared with Kirin 970.

As for the memory, it remains unchanged from Kirin 970, and still supports UFS 2.1. 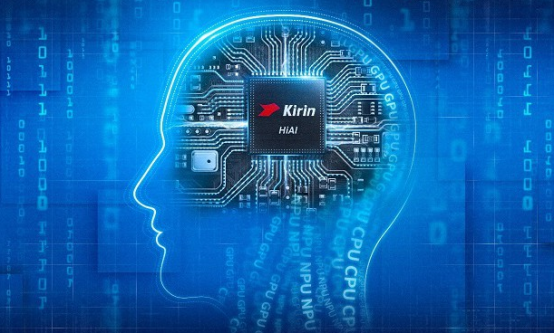 For video decoding, Kirin 980 is equipped with a new fourth-generation ISP, and it is a dual-unit configuration, which claims to increase the decoding speed by 46% compared with Kirin 970. It also supports 4K60fps video decoding and 4K30fps video coding.

Generally speaking, there is a big gap between Kirin 970 and Kirin 980, and there is a gap in all directions. It can be said that the comprehensive performance of Kirin 980 is obviously improved compared with Kirin 970. From the running score of Antu exposed by the Internet, Antu is expected to exceed 300,000 points, which is stronger than Snapdragon 845. Compared with Kirin 970 mobile phone with Antu running score of about 200,000 points, its performance is greatly improved.