New players may have never heard of Sega’s ancient handheld GameGear. After all, this handheld that was sold in North America in 1991 may be older than many players. Nintendo’s GameBoy is almost one of the classic handhelds recognized in the hearts of all gamers, and this Sega’s GG handheld is to counter the existence of Nintendo’s GameBoy.

GameGear was entrusted by Sega. It has a colorful and backlit screen and a complete range of accessories. Sega hopes to compete with Nintendo for the game market and even defeat Nintendo, but it is more cruel than the game plot. story.

In 1989, Nintendo released the GB handheld. During the year, Nintendo sold more than 1 million GameBoy handhelds. The demand for players is far greater than the sales. The factory is always producing non-stop, and Nintendo has therefore become Japan. The most profitable company. For Nintendo at the time, the game market had almost nothing to play. Although the old brand Atari also launched handheld consoles to compete with it, but the high price and the defects of the number of games made Atari defeated. If Nintendo is a mountain, there must be someone who wants to climb it. At this time, the old rival Sega is the one who dares to challenge.

Sega GameGear made improvements to the shortcomings of Nintendo GameBoy. Players felt that the shape of GameBoy affected the handheld experience, so Sega changed the handheld to horizontal. The GameBoy's screen has no backlight and has a single color, so Sega installed a color screen on GameGear.

The GameGear body has a cross button, two control buttons and a start button, a built-in speaker and an advanced 3.5 mm headphone jack. In addition to black, the host has various limited colors. The biggest highlight of GameGear is the backlight light source, and the second biggest highlight is to allow players to cross zones, allowing players to experience various versions of the game. However, even if GameGear has many advantages, it is also a big power consumer. It needs 6 AA batteries to run, but the battery life of about 3 hours is really unbearable. 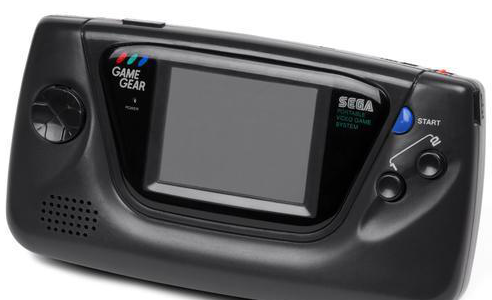 Even if Nintendo has given face to GameGear as its biggest opponent, the combat effectiveness of the two consoles is obviously not at the same level. GameGear sold about 11 million units, and GameBoy's sales reached a terrifying 118 million units. Objectively speaking, GameGear has many advantages over GameBoy, but the disadvantages are enough to make the advantages disappear.

GameGear's battery life is almost completely exploded. It is big and bulky, and the price is almost double that of GameBoy, but the biggest disadvantage is the lack of support for third-party games. Although Sega encourages third-party game manufacturers to join in to expand the game lineup, there are too few companies responding. The highest-quality games on GameGear are actually made by Sega itself.

In 1997, Sega decided to stop producing GameGear. During this year, GameBoy was still calling the wind and rain in the game field, and the emergence of "Pokemon" also set off a grand occasion for the whole people to catch elves.

To celebrate the 60th anniversary of the birth of Sega, Sega announced a re-enacted version of GameGear-GameGearMicro. The original 3.2-inch screen was cut directly to 1 inch, and with it was a body that was almost twice as small. This super mini host has four colors of black, blue, yellow and red. Each machine has 4 classic games built in, and the price is about 320 yuan. When the player purchases four hosts at the same time, Sega will also give away a screen amplifier.

GameGear is definitely a classic in the field of game consoles, but today, 29 years later, can this wave of feelings still harvest players? Nintendo ruled the gaming world 29 years ago, and Sega bravely stepped forward to challenge the limit. Today, Nintendo still has a pivotal position in the game industry, and the Sega who dared to challenge also allows players to see that the veteran is not dead. As for this wave of cold rice, I will eat it first.