Most of the lightning protection facilities of communication equipment, mainly install lightning rods on the communication tower. This method is economical and simple. , But must be installed in strict accordance with the following requirements. 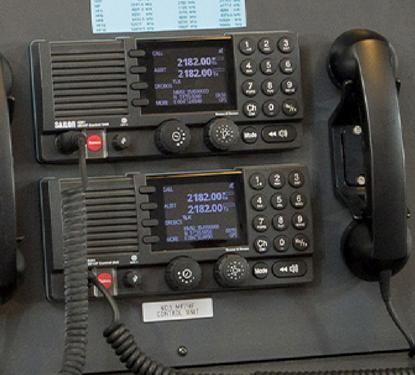 b. The resistance requirement of the DC path of the lightning protection ground wire is low enough, generally 10-50Ω, because the lightning surge current is large, the frequency spectrum is wide and the duration is short, so the requirement must be as small as possible Inductance.

c. Flat wire or twisted wire cannot be used for the ground wire, because this kind of wire has a large inductance, which is not conducive to the discharge of lightning current and is easy to be corroded. Try to use a solid wire of 3 mm or more, and preferably the same metal material.

d. In order to increase the discharge area of ​​the ground surface, multiple grounding bodies with a certain interval can be buried and welded to each other. For example, about 10 copper pipes are buried around the building at an interval of 1 to 2 meters, and they are welded together.

The key part of the radioactive lightning protection device is the radioactive source, which can continuously emit particles by itself and ionize the surrounding air to generate a large number of electrons. Under the action of the lightning electric field, these electrons are continuously accelerated to produce chain multi-level ionization or avalanche ionization to the air, forming an electron current proportional to the electric field strength. At this time, the ionization and conduction generated from the radioactive source to the thundercloud will never be conducted. Intermittently neutralize and release the space charge, eliminate the existing low electric field, and reduce the high electric field that may be formed to a low electric field, thereby effectively preventing the occurrence of lightning and playing a significant lightning elimination effect. This kind of radioactive lightning protection device has a large protective area, and its radius is about 260 meters. It is safe and reliable and has no harm to humans.

In addition to installing lightning rods or lightning protection devices on the communication tower, attention should also be paid to eliminating induced lightning strikes. The usual practice is to install lightning arresters in the antenna feeder system.

Pay attention to the following issues when installing lightning arresters in the antenna feeder system. One is that the ground terminal of the arrester must be reliably connected to the ground, and the ground resistance must not be greater than 5Ω, otherwise it will affect the lightning protection effect. Second, due to the certain insertion loss of the arrester, it has a certain impact on the strength of the antenna radiated signal. At the same time, attention should be paid to the change of the standing wave ratio. Generally, the standing wave ratio of the antenna feed system is required to be less than or equal to 1.5. The third is when the communication antenna is installed, the antenna strut is reliably connected to the iron tower, and the connection resistance is equal to 0Ω. The feeder should hang down from the inside of the tower and be fixed with copper wires at intervals.