Wavelet method is a good time-frequency positioning method that has been developed in recent years and has attracted widespread attention from all walks of life from theory to application. The characteristic of wavelet analysis is that it has good localization characteristics in both time and frequency domains. It develops the idea of ​​Gabor windowed Fourier transform, but its window shrinks with the increase of frequency, which meets the requirements of high resolution of high-frequency signals. , And the wavelet transform can form an orthonormal system after being appropriately discretized. Studies in many fields have shown that the signal decomposition effect of wavelet transform has significant advantages over many methods, especially in the detection of weak signals, non-stationary signals, transient signals, and singular signals that are difficult to work with other commonly used methods. Shows its unique superiority.

As the detection status and time change, biomedical signals usually have obvious non-stationary characteristics. The detection and processing of human ECG signals are of great value in the research of biomedical signals. The main noise interferences in the ECG signals collected through lead electrodes include power frequency interference, myoelectric interference, respiratory wave interference and human body Baseline drift caused by actions, etc. Among them, the traditional correction methods for baseline drift include: RC filtering, digital filtering to compensate for baseline drift, and baseline fitting methods. At present, the most commonly used method is baseline fitting, but it takes a certain time to fit the baseline, so the above methods exist. Certain deficiencies. The purpose of this paper is to apply the time-frequency positioning characteristic method of wavelet transform to the baseline correction of ECG signals, and use the multi-scale and multi-resolution characteristics of wavelet transform to decompose the ECG signals into multi-scale wavelet. The main component is the gradually changing trend component, which will directly appear on a larger scale in the wavelet decomposition. As long as the component at this scale is directly removed during the reconstruction process, the baseline correction can be achieved. This method also The DC component introduced in the measurement can be removed at the same time, and it is not sensitive to the form and change of the signal, so it is a simple and effective method to remove the base drift.

The conventional electrocardiogram machine uses the RC filtering method to eliminate the baseline drift, that is, keep the patient still and wait for the baseline to stabilize before describing it. Obviously, this method is used for the computer to monitor the patient for a long time. Inappropriate.

The baseline drift can be compensated by digital filtering, but if the cut-off frequency is too low, the baseline drift cannot be eliminated well, and if the cut-off frequency is selected too high, the ST segment definition waveform will be distorted; At present, the method of correcting the baseline is the baseline fitting method, that is, through multi-point sampling, remove some abrupt points, fit the waveform of the baseline, and subtract it from the input signal to obtain a stable ECG waveform. This method The disadvantage is that it takes a long time to process; in addition, on the basis of this principle, people have also developed a corresponding simplified compensation method, that is, stabilizing the condition cycle with the heartbeat, processing the drift into a line, and then eliminating the base drift in the input signal .

Wavelet or wavelet basis function is a function with special properties that satisfies the admissibility condition. The so-called wavelet transform is to select the appropriate basic wavelet or The mother wavelet forms a series of wavelets by shifting and stretching the basic wavelet, and then projects the signal to be analyzed into the signal space formed by the shifting and stretching wavelets. Equation (1) is the wavelet transform expression, in which the change of the translation parameter b determines the position of the time window, and the change of the scale parameter a not only changes the spectral structure of the continuous wavelet transform, but also changes the size and shape of the window.

The wavelet transform is reversible, and the signal f can be recovered by the following formula: 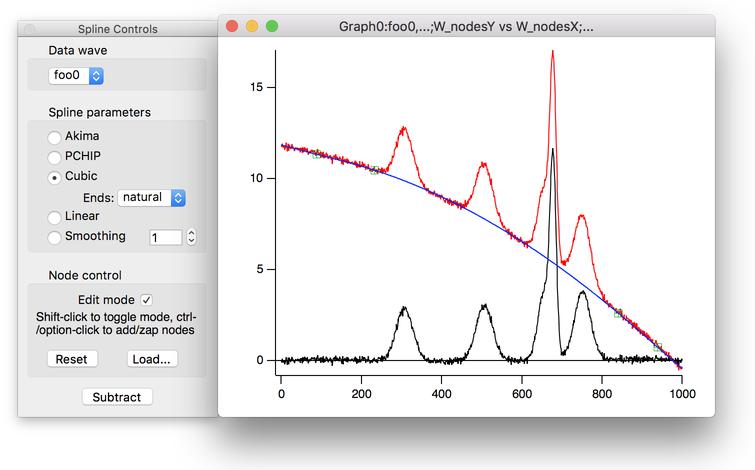 Usually because the decomposition of the actual signal is limited, the digital signal is reconstructed by the finite discrete dyadic wavelet transform The algorithm is:

In the process of signal processing using wavelet transform method, the choice of wavelet basis function is very important. Using different wavelet basis functions to decompose the signal can highlight signal characteristics with different characteristics. In the choice of wavelet basis function, Daubechies wavelet is a compactly-supported orthogonal basis, which satisfies the condition of accurate reconstruction. However, because the compactly-supported wavelet has no symmetry, its boundary effect will expand with the increase of scale, causing decomposition and reconstruction errors. Spline wavelet is a non-compactly supported orthogonal symmetric wavelet. It has high smoothness, good frequency characteristics, strong frequency division ability, low frequency band coherence, and linear phase characteristics. Due to symmetry, only reasonable In the continuation method, the error caused by the boundary effect is negligible. Therefore, the spline wavelet is selected as the wavelet basis function in the decomposition and synthesis of the ECG signal in this article. Although the non-compact wavelet will form an infinite filter, the truncation error is inevitable. As long as the appropriate filter length is selected according to the characteristics of the signal and the complexity of the calculation, the requirements of different signal processing can be met. Generally, the lower the order of the spline wavelet, the faster the attenuation in the time domain, but the lower the cutoff in the frequency domain, the higher the order, and the result is the opposite. In this article, the cubic B-spline wavelet is selected as the wavelet basis function, the details of the wavelet decomposition of the ECG signal and the approximation spectrum

The wavelet spectrum of the ECG

Because the wavelet transform of the signal is equivalent to the wavelet decomposition of the band-pass filtered signal at different scales, and the wavelet decomposition approximation spectrum is the low-pass filtered signal at each scale. The direct current component and trend term of the scalar are obviously displayed on this scale. Since the drift signal is mainly the ultra-low frequency signal component, as long as the component under this scale is set to zero in the process of wavelet transform reconstruction, the DC and trend items can be removed. The composite signal of the gradually changing trend component. In the case that the sampling frequency of the signal is unchanged, because it corresponds to a certain wavelet transform, the frequency window center and window width at different scales are determined, so that the maximum decomposition scale of the corresponding baseline drift can be determined. The sampling frequency of the electrical signal in this research center is 360Hz, and the cubic spline wavelet decomposition approximates the signal at a very low frequency and power at scale 8. Therefore, the main components of the low-frequency signal of the original ECG signal are not affected after baseline correction .

The above method is not affected by the detection waveform and the state of the subject, so it is also suitable for processing other non-stationary biomedical signals. Due to changes in the frequency components and sampling periods of different signals, the appropriate decomposition scale should be determined according to the specific conditions when using the above method. In the research of this article, considering that the removed components still contain effective signal components, or the reconstructed signal still contains slow-changing low frequencies, the mean square error judgment method is used for further processing.