PSW is an 8-bit binary register used to store the relevant CPU after the instruction is received The status is usually filled in by the CPU, but the user can also change the value of each status bit. The definition of each flag bit is as follows:

There are 6 status registers in ARM, and the ARM7TDMI core contains 1 CPSR and 5 SPSRs for exception handlers. CPSR reflects the current state of the processor, which contains: 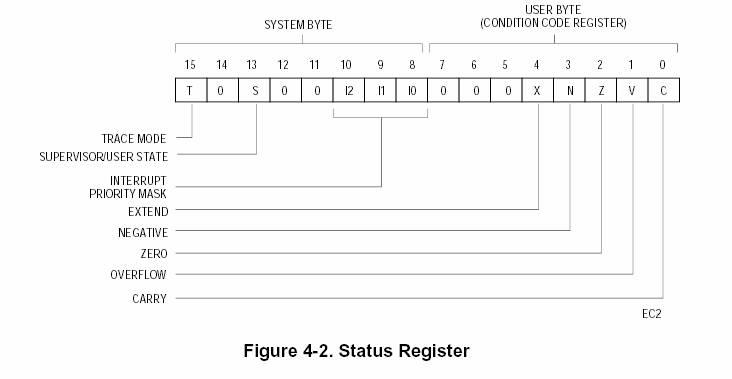 1 used to indicate the current execution The bit of the instruction (ARM or Thumb).

Explanation of the PSW flags:

2. AC(Auxiliary Carry): Basically the same as CY, the difference is the operation between the lower 4 bits and the upper 4 bits.

3.F0 (Flag Zero user flag bit): This bit is a flag bit set by the user according to his own needs. The user can determine the flow and branch of the program by setting this bit.

5. OV: Indicates whether an overflow occurred during the operation. If the result exceeds the range of data that can be represented by an 8-bit binary number, that is, a signed number -128~+127, the flag is set to 1.