Remanence (Remanence) symbol is Br, which means that after the magnet is magnetized to saturation, the external magnetic field is removed. It can still maintain a certain degree of magnetization in the original direction of the external magnetic field. The limit value of remanence is the saturation magnetization. The remanence of permanent magnetic materials is mainly affected by the orientation of each crystal grain and the magnetic domain structure in the material.

Remanence can be used to measure the degree of magnetization. When the magnet is magnetized, there is remanence. Magnetic storage equipment uses remanence to record data. When studying the earth's magnetic field in paleomagnetism, remanence can also provide a lot of information.

The unit of remanence in the international system of units is Tesla (T), and the unit of the CGS Gauss system is Gauss (G), 1T = 10000G. 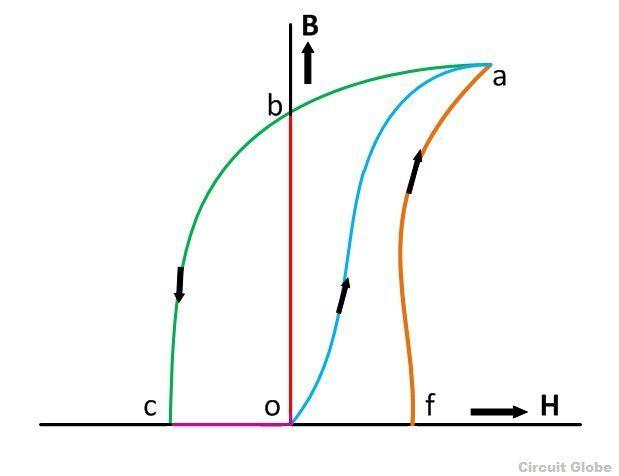 The data of a remanence cannot fully represent the characteristics of the magnet. For example, there are many small magnetic particles in magnetic tape (see magnetic storage), and these particles are not exactly the same. Magnets in rocks also have different magnetic properties (see Rock Magnetism). To further understand its characteristics, you can increase or decrease the remanence. One way is to demagnetize the magnet with an AC magnetic field, and then apply a magnetic field H before removing it. This kind of remanence is represented by Mr(H), which is related to the size of the magnetic field, and is called initial remanence or isothermal remanent magnetization (IRM).

If the particles are single magnetic domain particles that do not affect each other and have uniaxial anisotropy, there will be a simple linear relationship between the above remanence.