Charge Coupled Device image sensor CCD (Charge Coupled Device), which is made of a high-sensitivity semiconductor material, can convert light into electric charge, The digital converter chip converts into digital signals. After being compressed, the digital signals are stored in the camera's internal flash memory or built-in hard disk card, so the data can be easily transmitted to the computer, and with the help of computer processing means, according to needs and imagination Modify the image. CCD is composed of many photosensitive units, usually in megapixels. When the surface of the CCD is illuminated by light, each photosensitive unit will reflect the charge on the component, and the signals generated by all the photosensitive units are added together to form a complete picture.

Compared with traditional film, CCD is closer to the way the human eye works with vision. It's just that the retina of the human eye is composed of rod cells responsible for light intensity sensing and cone cells for color sensing, and they work together to form visual sensing. After 35 years of development, the general shape and mode of operation of the CCD have been finalized. The composition of the CCD is mainly composed of a mosaic-like grid, a condenser lens, and an electronic circuit matrix at the bottom. Companies capable of producing CCDs are: SONY, Philips, Kodak, Matsushita, Fuji and Sharp, most of which are Japanese manufacturers.

Linear CCD is used for high-resolution static cameras. It only takes one line of the image at a time, which is the same as the scanning method of a flatbed scanner. This kind of CCD has high accuracy and slow speed, and cannot be used to photograph moving objects, nor can it use flash. 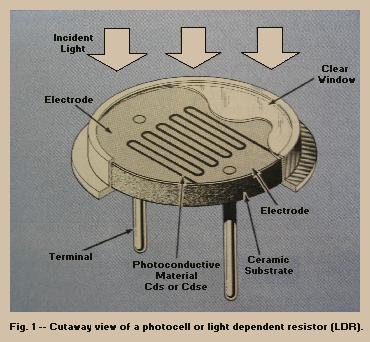 Matrix CCD, each photosensitive element represents a pixel in the image, when the shutter is opened, the entire image is exposed at the same time. Generally, there are two methods for matrix CCD to process color. One is to embed color filters in the CCD matrix, and use filters of different colors for similar pixels. There are two typical arrangements: G-R-G-B and C-Y-G-M. The imaging principles of these two arrangements are the same. In the process of recording photos, the microprocessor inside the camera obtains a signal from each pixel and combines four adjacent points into one pixel. This method allows instant exposure, and the microprocessor can calculate very fast. This is the imaging principle of most digital camera CCDs. Because it is not the same point synthesis, which contains mathematical calculations, the biggest drawback of this CCD is that the images produced cannot always be as sharp as a knife.

Complementary Metal-Oxide Semiconductor CMOS (Complementary Metal-Oxide Semiconductor), like CCD, is a semiconductor that can record light changes in digital cameras. The manufacturing technology of CMOS is no different from that of general computer chips. It mainly uses semiconductors made of silicon and germanium to make it coexist with N (charged-charged) and P (charged + charged) grades on CMOS. In semiconductors, the current generated by these two complementary effects can be recorded and interpreted into images by the processing chip. However, the disadvantage of CMOS is that it is too prone to noise. This is mainly because the early design made CMOS overheat due to the frequent current changes when processing fast-changing images.

In addition to CCD and CMOS, there is also the SUPER CCD exclusively launched by Fuji. SUPER CCD does not use conventional square diodes, but uses an eight-sided In the shape of a diode, the pixels are arranged in a honeycomb form, and the area of ​​the unit pixel is larger than that of a traditional CCD. As a result of rotating the pixels by 45 degrees, the extra space that is useless for image shooting can be reduced, and the efficiency of light concentration is relatively high. After the efficiency is increased, the sensitivity, signal-to-noise ratio and dynamic range are improved.

Each pixel in a traditional CCD consists of a diode, a control signal path, and a power transmission path. SUPER CCD uses honeycomb-shaped octagonal diodes, the original control signal path is cancelled, only one direction of power transmission path is needed, and the photosensitive diode has more space. The arrangement structure of SUPER CCD is tighter than that of ordinary CCD. In addition, the utilization rate of pixels is higher. That is to say, under the same size, the photodiode of SUPER CCD absorbs light relatively high, which makes the sensitivity, signal-to-noise ratio and The dynamic range has been improved.

Then why is the output pixel of SUPER CCD higher than the effective pixel? We know that CCD is not very sensitive to green, so it is synthesized with G-B-R-G. In fact, some of the real pixels of each synthesized pixel are shared, so there is a certain gap between the image quality and the ideal state. This is why some high-end professional digital cameras use 3CCD to sense the RGB three-color light separately. The SUPER CCD has achieved the same R, G, and B pixels by changing the arrangement relationship between the pixels, and when synthesizing the pixels, it is also a group of three. Therefore, the traditional CCD uses four to synthesize one pixel. In fact, only three are enough, and one is wasted. However, SUPER CCD has discovered this, and only three can be used to synthesize one pixel. In other words, CCD synthesizes a pixel every 4 points, and each point is calculated 4 times; SUPER CCD synthesizes a pixel every 3 points, and each point is also calculated 4 times, so the utilization rate of SUPER CCD pixels is higher than that of traditional CCDs. More pixels are generated.

The difference between CMOS and CCD

It can be seen from the working principle of the two photosensitive devices that the advantage of CCD lies in the good imaging quality. However, due to the complexity of the manufacturing process, only a few manufacturers can master it, resulting in high manufacturing costs, especially for large CCDs, which are very expensive.

Under the same resolution, CMOS is cheaper than CCD, but the image quality produced by CMOS devices is lower than that of CCD. Most consumer-level and high-end digital cameras on the market use CCD as sensors; CMOS sensors are used as low-end products in some cameras. If any camera manufacturer uses CCD sensors for cameras, the manufacturer will definitely It spared no effort to use it as a selling point to hype it, and even dubbed it "digital camera". For a time, whether to have a CCD sensor has become one of the criteria for people to judge the grade of a digital camera.

The main advantage of CMOS for CCD is that it saves power. Unlike CCDs composed of diodes, CMOS circuits have almost no static power consumption, only when the circuit is turned on. Only power consumption. This makes the power consumption of CMOS only about 1/3 of that of ordinary CCD, which helps to improve people's bad impression that digital cameras are "electric tigers". The main problem of CMOS is that it overheats due to the frequent current changes when processing fast-changing images. If the dark current is well suppressed, it will not be a big problem, and if it is not well suppressed, it will be very easy to appear noise.

In addition, the image data scanning method of CMOS and CCD is very different. For example, if the resolution is 3 million pixels, then the CCD sensor can continuously scan 3 million charges. The scanning method is very simple. It is like passing a bucket from one person to another, and only after the last data scan is completed. Amplify the signal. Each pixel of a CMOS sensor has an amplifier that converts electrical charges into electrical signals. Therefore, the CMOS sensor can perform signal amplification on a per-pixel basis. This method can save any invalid transmission operations, so fast data scanning can be performed with only a small amount of energy consumption, and the noise is also reduced. This is Canon's complete charge transfer technology within the pixel.

The larger the area of ​​the photosensitive device, the larger the image. Under the same conditions, it can record more image details, the interference between pixels is also small, and the image quality is better. However, with the development of digital cameras in the direction of fashion and compactness, the area of ​​photosensitive devices can only become smaller and smaller.

Besides the area, the photosensitive device has an important indicator, which is the color depth, which is the color bit, which is how many binary numbers are used to record the three primary colors . The photosensitive device of non-professional digital cameras is generally 24-bit, the sampling of high-end points is 30-bit, and the recording is still 24-bit, the imaging device of professional digital cameras is at least 36-bit, and it is said that there are 48-bits. CCD. For a 24-bit device, the brightness value that the photosensitive unit can record is up to 2^8=256 levels, and each primary color is represented by an 8-bit binary number. The maximum color that can be recorded is 256x256x256, about 16,77 Ten thousand kinds. For a 36-bit device, the light-sensing unit can record up to 2^12=4096 levels, each primary color is represented by a 12-bit binary number, and the maximum recordable color is 4096x4096x4096 about 6.87 billion kinds . For example, if the brightness of the brightest part of a certain subject is 400 times the brightness of the darkest part, if you use a digital camera that uses a 24-bit photosensitive device to shoot, if the low-light part is exposed, the brightness will usually be higher than that of the darkest part. The parts of 256 times are overexposed, the gradation is lost, and bright spots are formed. If the high-light part is exposed, the parts below a certain brightness are all underexposed. If you use a professional digital camera that uses a 36-bit photosensitive device, it will not There is such a problem.

CCD was developed by Bell Research Laboratory in the United States in 1969. In the 1980s, although the CCD image sensor was defective, the difficulties were finally overcome due to continuous research, and a high-resolution and high-quality CCD was manufactured in the second half of the 1980s. In the 1990s, a megapixel high-resolution CCD was produced. At this time, the development of CCD was advancing by leaps and bounds. It has been more than 20 years since the development of CCD. After entering the mid-1990s, CCD technology has developed rapidly, and at the same time, the unit area of ​​CCD has become smaller and smaller. But in order to improve the image quality of the image while reducing the CCD area, SONY and 1989 developed the SUPER HAD CCD. This new photosensitive device relies on the magnification of the internal amplifier of the CCD component when the CCD area is reduced. Improve image quality. After that, NEW STRUCTURE CCD, EXVIEW HAD CCD, four-color filter technology (applied exclusively for SONY F828) appeared one after another. The Fuji digital camera uses Super CCD (Super CCD) and Super CCD SR.

For CMOS, it is convenient for mass production, fast, and low cost, which will be the development direction of the key components of digital cameras. With the continuous efforts of CANON and other companies, new CMOS devices are constantly being introduced, and high dynamic range CMOS devices have appeared. This technology eliminates the need for shutter, iris, automatic gain control and gamma correction, and makes it close to the CCD. Image quality. In addition, due to the inherent plasticity of CMOS, a large-scale CMOS photoreceptor with high pixels can be made without increasing the cost. Compared with the stagnation of CCD, CMOS has shown vigorous vitality as a new thing. As the core component of digital cameras, CMOS photoreceptors have gradually replaced CCD photoreceptors, and hopefully they will become mainstream photoreceptors in the near future. Photosensitive element