The role of the path table

The router provides a mechanism for interconnecting heterogeneous networks to send a data packet from one network to another, and routing is to guide the sending of IP data packets The path information.

The path table stores the paths discovered by various routing protocols, and records the routing information of all network segments known by the router. Routers usually look up the path table to determine the forwarding path based on the destination network segment address of the IP data packet.

Mask: The mask of the destination logical network or subnet.

Owner: The source of the route, indicating how the route information is learned.

Pri: The administrative distance of the route, namely the priority, determines the priority of the routing information from different routing sources.

Metric: Metric, which represents the cost of each possible route. The route with the smallest metric is the best route. Metric is only comparable when the same dynamic routing protocol finds multiple routes to the same destination network segment. The metrics of different routing protocols are not comparable.

OSPF is the way the router learns this route. In this example, this route information is learned through OSPF.

Route source (Owner) indicates how the routing information is learned.

In the routing table, Owner is Address, which means that the routing source is the local address.

The routing manually set by the system administrator is called static routing, which is generally pre-set according to the network configuration when the system is installed. Will automatically change with changes in the network topology in the future. Whether a static route appears in the routing table depends on whether the next hop is reachable, that is, whether the network segment where the next hop address of this route is located is reachable to the router.

Static routing is generated in Owner as Static, routing priority is 1, and its Metric value is 0. 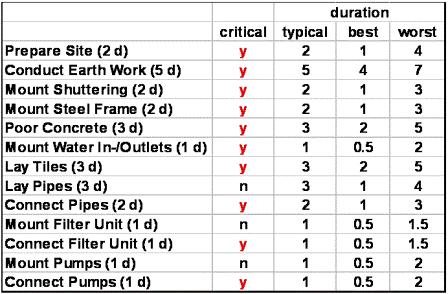 The default route is also a special static route, with the destination address and mask configured as all zeros (0.0.0.0 0.0.0.0). The default route generation mode is Owner as Static, the route priority is 1, and its Metric value is 0.

If there are multiple routes with the same destination network segment, the IP packet will preferentially select the route with the highest priority (that is, the smallest administrative distance value) for forwarding.

route metric value (Metric) identifies what the route refers to The cost of the destination address is usually affected by factors such as the number of hops, bandwidth, line delay, load, line reliability, and maximum transmission unit.

The metric value of static routes and direct routes is 0.

Hop count: The number of routers that a data packet must pass through to reach its destination; the fewer the hops, the more the route will be Excellent; the path is often described by the number of hops to reach the destination.

Bandwidth: The ability of a link to transmit data.

Delay: The time required to send a data packet from the source address to the destination address.

Load: network resources (such as routers) and the amount of activity on the link.

Reliability: Refers to the error rate on each network link.

Maximum transmission unit (MTU): refers to the largest data unit that the port can transmit.

Choose one or more of the above for each routing protocol to calculate the metric value.

The default route selection process is as follows:

1. Search based on the destination address and the longest match principle.

3. When the management distance is the same, the measurement value is viewed. The smaller the metric, the higher the priority.

The longest match of a route is to use the route with the longest subnet mask in the routing table to reach the same destination during route lookup.