There are the following types of Mini-DVI adapters: 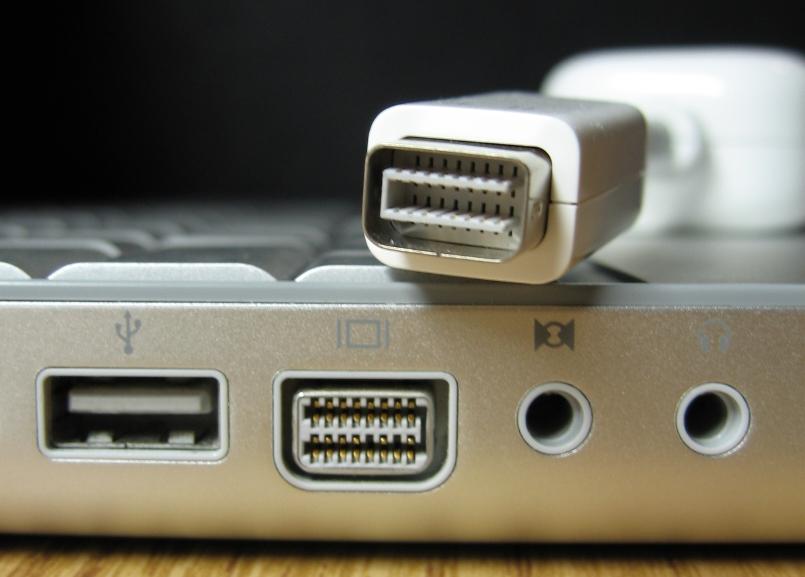 Apple Mini-DVI to DVI Adapter (DVI-D) Apple part (M9321G/A) in physical appearance, Mini-DVI interface is similar to Mini-VGA, but different It has four rows of pins instead of the two rows in Mini-VGA.

If you need to use the DVI-I interface, you must connect the Mini-DVI to DVI-D cable to a DVI-D to DVI-I adapter.

There are some criticisms of Apple’s Mini-DVI interface.

Apple's Mini-DVI to DVI-D adapter cable cannot transmit analog signals from the mini-DVI interface on Apple computers. This means that when VGA output is needed, users have to purchase another mini-DVI adapter cable, instead of using a mini-DVI plus a cheap DVI-to-VGA adapter to solve the problem. If Apple can provide a mini-DVI to DVI-I conversion cable, this situation can be completely resolved. The role of DVI-I is to provide universal compatibility.

The picture on the package of Apple’s mini-DVI to DVI-D adapter cable shows DVI-I instead of DVI-D, and does not indicate that it will be transferred to DVI-D.