The common leakage faults of coal mine motors and their power supply lines are as follows:

1 Due to damp The insulation resistance of the motor and its power supply line decreases, and the leakage current increases, so that the motor shell and the electrical shell are charged;

2 The insulation of the motor and its power supply line makes one phase due to aging, mechanical damage, or voltage breakdown. Grounding (metal grounding or arc grounding);

3 The exposed parts of the electric motor and its power supply line (such as mechanical damage or maintenance) are caused by direct contact by personnel or through tools and other conductors. One-phase grounding electric shock accident (incidental, transient).

If a leakage fault occurs, if it is not protected in time, it will have serious consequences especially in coal mines; it may cause danger to human life; it may cause gas and coal dust explosions; it may ignite the detonator in advance; The neutral point grounding system and the neutral point ungrounded system with large distributed capacitance of the system may cause the one-phase winding of the motor to be burned. For this reason, the coal mine motor and its power supply circuit, especially underground, must be protected against leakage.

The neutral point of the transformer is strictly forbidden to be grounded in the underground power supply system of coal mines in my country. The degree of harm caused by personal electric shock to human life safety mainly depends on the size of the current flowing through the human body and the length of time of action. The research results show that it is safe for the human body when the product of the current flowing through the human body and the action time is less than 50mA·s. However, considering that the current flowing through the fault point does not ignite the electric detonator and ignite gas and coal dust. Taking a certain safety factor, the Ministry of Coal Industry officially confirmed in 1975 that the product of the human body electric shock current and the time of action was 30mA·s as a safe value. Therefore, from the perspective of protecting personal electric shock safety, 30mA·s is the basis for stipulating the main technical indicators of leakage protection devices. There are three ways to achieve this target: (1) Increase the insulation resistance of the network to ground; (2) Take effective compensation measures for the distributed capacitance current of the network to ground; (3) Improve the tripping of the leakage protection device and the feeder switch The trip speed of the device.

For the personal electric shock current IR of the neutral point ungrounded system, in the case of ignoring the distributed capacitance of the grid to the ground (inductance compensation is generally used in leakage protection devices) 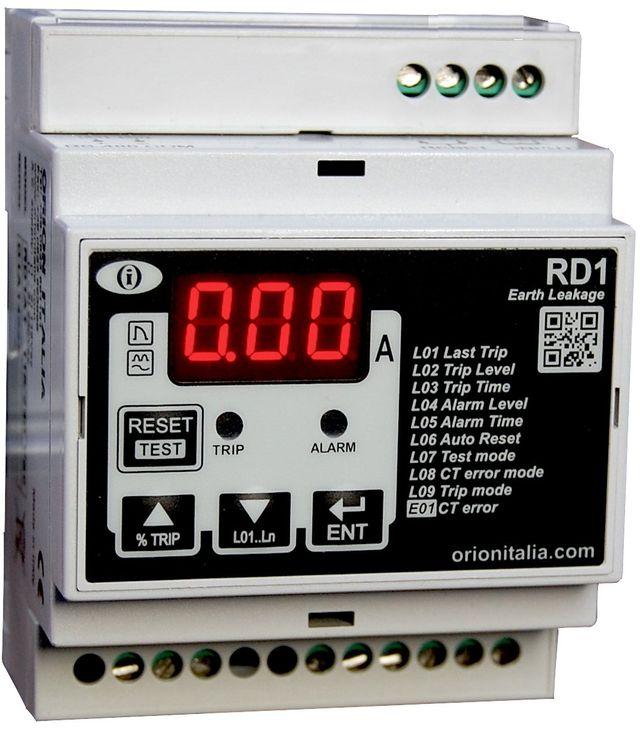 For the neutral point ungrounded system, the leakage current is generally very small, and it is difficult to distinguish the fault from the normal state. Therefore, a grounded detection power supply E should be set up, such as Shown in Figure 1. When it is normal, the current signal U is extremely small, and when it leaks, the leakage signal U is large enough that it can push the subsequent trigger to achieve protection, or even directly push the sensitive relay for protection.

current through the grounding point or personal electric shock current.

Using the three-phase zero-type rectifier not only obtains the detection power supply, but also achieves the purpose of detecting all three phases. It can be used especially in low-voltage power supply systems.

The above-mentioned neutral point non-grounding system leakage protection is not selective, as long as it is the same system connected on the circuit, leakage occurs anywhere, protection They will all operate, so a leakage relay is usually set up in each independent system to achieve leakage protection. However, this method makes any leakage of electricity inevitably cause the consequences of the whole system power outage. In order to better identify the leakage point and shorten the time for handling the accident, the common practice is to add a leakage lock in the switch. From a safety point of view, leakage lock is as important as leakage protection.

The principle of leakage lock is shown in Figure 4. When the main control contactor KM is released, the system is powered off, and the leakage lock is connected to the system through the contactor normally closed contact KM1. If the system has a leakage, the system will leak. The output of signal U will ensure that the contactor KM can no longer be closed, thereby achieving lockout. After the leakage is blocked, the other parts of the power supply system can work as usual, thus narrowing the scope of identifying the fault and creating conditions for finding the fault quickly.

It is very difficult to implement selective leakage protection for the neutral point ungrounded system. Most of them only set up the leakage lock, but also can partially achieve the selective protection of leakage.

Considering that within a power supply system protected by a leakage relay, there may be 2-3 devices with reduced insulation resistance at the same time. In order to ensure that the leakage relay can still be turned on after the equipment is opened and closed, the blocking resistance must be determined to be 2-3 times the operating resistance of the leakage relay (that is, the above-mentioned dangerous value of the insulation resistance). Of course, if the underground electromechanical management level is high and the insulation level can be maintained frequently, the blocking resistance value can be appropriately increased, otherwise it can only be lowered accordingly. Otherwise, the switch is often blocked and the equipment cannot operate normally, which will also affect production p>