Functional components: First of all, the meaning of "function" is: the beneficial role played by things or methods.  Once again, the word "part" has two meanings: one is a part of a machine. One is linguistic terms. 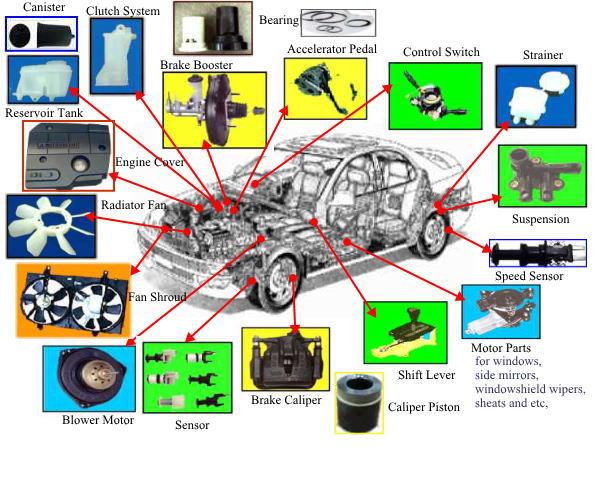