On Christmas Eve in 1978, John Water, Dave Donald, and several other engineers studied experiments at the famous Hewlett-Packard Company’s Palo Alto The room has just completed the design of Hewlett-Packard’s new laser printer engine. At this time, everyone couldn't restrain their excitement and began to discuss: if a new machine was developed, what would they want? Everyone agrees on the idea of ​​making a high-resolution color inkjet printer with at least 200 dots per inch. Of course, when talking about it, everyone just thinks that such a printer is a dream. However, Walt and Donald didn’t discuss it, but wanted to realize this dream. During the Christmas holiday in 1978, they began to consider how to realize the inkjet printer imagined in the meeting. Because of lack of experience, in the early days they just followed the same route as others, but this method has great limitations. They experience failure again and again. At this time, some people who originally supported them to realize their dreams also began to persuade them not to be persistent and give up. However, Walt and Donald did not listen to their persuasion. They insisted on implementing them, and continued to try other methods. Until one day, Walter suddenly made a suggestion: "Why don't we try to heat the ink?" This suggestion by Walter was the first breakthrough in inkjet printing technology. So they energize the ink and generate heat through the resistance of the ink. Although this was successful, they could not find a way to produce explosive gas mixtures fast enough to get the injection rate of 2000 drops per second. Facing the failure again, Walt and Donald were not discouraged, but continued to find new ways. Occasionally, Walter thought of a coffee filter and suggested that instead of electrodes, use a resistor to heat the ink. This is their second breakthrough. Water and Donald installed a very small resistor on the bottom of the tube, then switched the current quickly, and finally focused on success. They saw the desired result: the ink seemed to explode slightly. In this way, Walt and Donald discovered a new way to spray ink onto paper. However, there are always surprises, their ideas are not acceptable to everyone, and almost no one believes them. But even so, Walt and Donald didn't give up the device, and they still showed it to everyone who came to watch. At this time, for them, there was a greater resistance: Walter and Donald’s managers were not optimistic about his research on inkjet printers, and ordered them to stop and assist Dr. Candi Jayne in the metal vapor laser. They are very frustrated by mechanical design. Fortunately, Dr. Jayne left HP for IBM at the end of July, and Walter and Donald were able to continue their research on inkjet printers again. Fortunately, the persistence of Walt and Donald has infected others and attracted the newcomer John Meyer. At the same time, Walt and Donald’s persistence in research has finally attracted the attention and attention of the company’s leadership. And received 250,000 US dollars of financial support.

Next, in order to solve all the difficulties that have to be overcome, the piezoelectric device has an interesting feature: it deforms when an electric current is applied, but when an external force is used to deform it Electric current will be generated. In other words, this is a material that can convert electrical and mechanical energy. Cover the nozzle with piezoelectric material and energize it to deform it so that a small drop of ink can be squeezed out of the nozzle. Hewlett-Packard's engineer John Water created a prototype of this printer, thus creating an inkjet printer with practical value and market prospects. Hundreds of people have made extraordinary efforts in different departments. Finally, their perseverance fulfilled their dream, and the inkjet printer was successfully developed four years later. In 1996, the worldwide sales of its disposable inkjet cartridges exceeded 5 billion U.S. dollars. Today, HP's inkjet technology has fully occupied the low-cost printer market. From this case, the importance of persistence is obvious. Persistence is a test of the will of employees. Perseverance is "to hold the green hills and not to relax, and let you be the wind from the south to the west"; Perseverance is enthusiasm, and it is a deep attachment; Perseverance is also to give and give, it is the pursuit of the whole body and mind; Persistence means forgetting emotions is concentration, it is a single-minded pursuit and exploration, it is a persevering and tireless search. 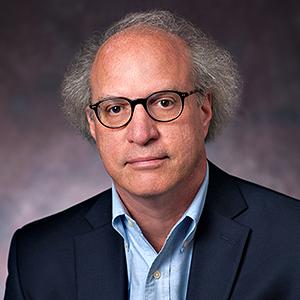