Humans have separated the concept of "1" from the concept of "many", which is considered to be the concept of numbers that humans have made through the most difficult stage. The concept of "1" must occur when human beings are in the low-level development stage. This may be because people usually hold an item with one hand, which separates "1" from "many". Therefore, the beginning of counting established a counting method consisting of the two concepts of "1" and indeterminate "many". The emergence of the number "2" may be due to the use of one item in each hand. In the initial stage of computers, people associate this concept with one item in each hand. When expressing the concept of "3", people realize that they can put the third object beside their feet, so the characteristic of "3" is to raise both hands and designate a foot. As a result, the concept of "4" is easier to distinguish. In the initial stage of the development of counting, people will never use the name of counting. When expressing counting, they either use the objects to be counted on their hands or feet, or rely on corresponding body movements and gestures.

The development of counting

The continued development of counting is probably related to the familiarity of human life such as hunting and fishing at that time. The primitive commune system required people to distribute food, clothing, spoils, etc., thereby forcing people to calculate public wealth in a certain way. The calculation process can no longer meet the needs by staying at "4". At this stage of development, people have begun to abandon the practice of holding the counted items in their hands or at their feet. The first abstraction occurred in mathematics, which was to replace some objects to be counted with other objects and marks of the same kind, such as small stones, knots, branches, and nicks. This calculation is carried out according to the principle of one-to-one correspondence, that is, to select a corresponding thing for each counted object as a calculation tool, in order not to lose these simple calculation tools (such as small rocks, shells, nuclei), and string them On the string or stick, it later led to the abacus, a calculation tool that is still used today.

When people realize that the nearest and natural calculator is their own fingers, the development of calculation has taken a leap. Fingers participating in the calculation helped people cross the "4", because when starting to calculate the same object with all the fingers of a hand, they can count to "5" at once. The continued development of computing requires people to use two hands as computing tools. Later, he developed to use his own toes.

The development of primitive society has gradually reached the point where agricultural production is the main method, and the requirements for oral calculation have begun. During this period, private property targeting fields, vegetable gardens, and herds gradually emerged. The owners of these properties are forced not only to count the properties that belong to them, but also to remember their number. This pushes people on the path of creating names for numbers. To express the sum of several individuals is the next stage in the development of the name of the number. For example, when expressing the name of the number of two objects, use "as many as I have hands" instead, that is, the body parts of any animal are mainly used as the verbal expression of some objects. Later, the narrated sentence was replaced by the name of the corresponding word, and the name was fixed as a number. For example, the number "2" is represented by "ears" and "hands"; "4" is represented by "ostrich toes", and so on. Finger calculations gradually caused adjustments in calculations, and people thought of simplifying the verbal expression of numbers, which led to the emergence of higher-level units, which is the formation of a unique counting method.

The binary system is considered to be the oldest notation. It appears when people have not calculated with their fingers, that is, before one hand is a low-level unit, and the other hands and a pair of feet are high-level units. People use their fingers to calculate and create various counting methods. The five-digit system is considered to be the oldest of the finger counting methods. It is presumed that it originated in the United States very early. It was created when people used the fingers of one hand to calculate, and it has been fully promoted. Using the quintet system, every time all the fingers on a hand are used up, some external marks begin to occur.

With the passage of time, the counting method has developed in two directions. Use the fingers of one hand to calculate the extension to the fingers of the two hands, and then apply the toes of the two feet. Calculating with only hands becomes the basis of the decimal counting method; expanding to counting with the toes becomes the basis of the twenty decimal system. This counting system was mainly established by the Indians of North America, the indigenous peoples of Central and South America, and was extended to northern Siberia and Africa. 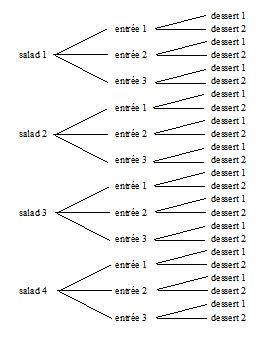 After the twenty-digit system was created, human beings became a natural higher-level unit. For example, 20 means "a person" and 40 means "two Individual", 60 means "three persons". With the progress of mankind, people are no longer barefoot, so the toes are covered, and the toes can no longer participate in calculations, which forces people to use the decimal system more. In modern times, the decimal system has been forgotten by people, and it is usually replaced by the decimal system.

Some primitive tribes do not use fingers as calculation tools, but use their own joints. Such calculations will also develop effectively and form a rigorous system. This kind of algorithm can be imagined as follows: The thumb on one hand can be used as a counter for the other finger joints, and the number of joints in the remaining four fingers is exactly 12, so that the number of joints 12 is a higher unit, and the number of joints is twelve. The carry system counting method is thus produced. In the further development of this process, each finger on the other hand can also be used as a higher-level unit, that is, 12*5=60. This is probably the reason for the establishment of the sixties system. The Babylonians widely used the sixty number system and passed it to many other ethnic groups. Today, we can still see traces of the twelve-digit and sixty-digit counting method, such as the calculation of the hour of the day and the measurement of the circle angle.

In this way, with the requirements of the development of human society, people have gradually created various calculation methods, and finally, the counting method has reached a perfect degree. The counting method we use in modern times was created by the Indians, and then introduced to Europe through Arabia, and spread throughout the world through Europe, becoming an internationally used unified counting method.

Scientific notation is in the form of powers, which can sometimes conveniently represent some larger numbers encountered in daily life, such as: The speed of light is about 300 million meters per second; the population of the world is about 7 million people. We often see such large numbers in physics. It is very inconvenient to read and write. Considering that the power of 10 has the following characteristics:

Generally, 10 is the power of n, and there are n zeros after 1, so that powers of 10 can be used to represent some large numbers. Such as:

Any real number to the power of 1 is equal to itself.

Scientific notation refers to the form of expressing a number to the power of a×10 (1≤|a|<10, n is an integer.)

When counting, Chinese people often use strokes to draw the character "Zheng". One character "Zheng" has five strokes, representing 5, and two characters "Zheng" are 10, and so on. This counting method is simple and easy to understand and is very popular among Chinese people. So, who was the first to use this clever method? It is said that this method was originally used by theater clerks to record "water card accounts".

At the end of the Qing Dynasty and the beginning of the Republic of China, the theater (commonly known as the tea garden) was an important entertainment place in people's daily life. There are many audiences in the theater every day. But at that time there was no such thing as tickets, so the theater arranged a "case" (that is, the waiter now called) to attract spectators at the entrance of the theater, and when five people were seated, the secretary (Mr. Bookkeeper) was in the Dashuipai. (Similar to a blackboard) Write a word "zheng" on it and indicate the name of a case. There is a table of Eight Immortals in front of the seats, and visitors can enjoy a cup of tea while watching the show. Later, the case will be responsible for counting and charging. It was accurate at the time of checkout.

This method was abandoned with the implementation of the ticket system in theaters, but as a concise, easy-to-understand, and convenient notation, it has always been popular among the people. Until now, many Chinese people still keep the habit of counting with the word "positive" when counting votes and counting their belongings.