In 2021, with AMD turning over to challenge Intel, and computers bid farewell to the toothpaste era, the speed of upgrades has increased again. However, when people upgrade their laptops, they find that they don’t need a new upgrade. The processor is faster, but the keyboard and screen of the new laptop are even backwards than the old computer.

The origin of desktop modularization

For desktop computers, there is a concept called DIY, which is to buy accessories and assemble computers by yourself, while mobile devices basically do not have this concept.

In fact, in the early days of the development of personal computers, desktop computers could not be assembled, because in the 1980s, when the competition for personal computers was fierce, there were dozens of personal computer standards on the market, and each standard accessory was independent of each other. , Are not compatible with each other, IBM's keyboard can be used on Apple, and there are many kinds of monitor cables.

Although the functions implemented are the same, each manufacturer has its own standards.

In this case, PC wins with standardization and compatibility.

Everyone implements this standard, and the PC becomes popular, and the so-called firewood collection is high.

With the standard, there is also the possibility of DIY. Everyone follows this standard, so there is no need for manufacturers to assemble it, and users can assemble it themselves. 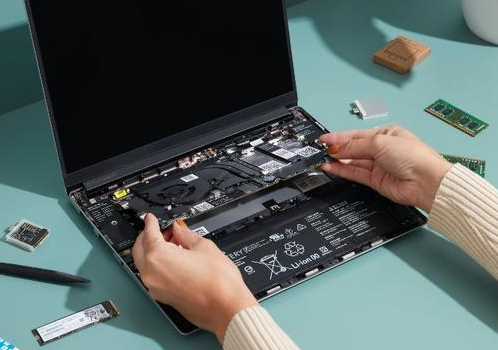 As a result, the DIY of the desktop is easy.

Limitations of laptops and mobile phones

This is because, on laptops and mobile phones, modularity will encounter some problems.

First of all, mobile phones and laptops are mobile, and modularity like PC requires too many accessories. Each accessory adds some volume, and the total volume and weight are unacceptable.

Secondly, mobile phones and laptops must be moved, and drop requirements must be considered. They are modularized like PCs. They are easy to fall apart after falling. This modular product cannot be used.

Therefore, the modularization of mobile phones and laptops has not been successful. At least modularity like desktop computers cannot succeed.

Although laptops and mobile phones cannot be modularized like desktop computers, in fact modular products have always existed.

For Apple notebook computers, a mold has been used for a long time, and the circuit board is only replaced. The molds of Apple mobile phones and iPhone7 can use iPhone SE 2020, which shows that the overall circuit board modularity is feasible for mobile devices.

Like a desktop computer, it is unrealistic to disassemble each functional module, but it is possible to replace a fixed-size circuit board as a whole.

A laptop, keyboard, screen, battery, heat dissipation, and various interfaces can be fixed, but the CPU, GPU, memory, and flash memory on the core circuit board can be replaced as a whole. Each time it is connected and fixed, it is not afraid of falling apart. The upgrade is simple. Just buy a new circuit board. For a manufacturer, you can design the circuit board according to one specification. A product can be divided into two parts: the core and the periphery. The core can be upgraded every year. This modularity is feasible.